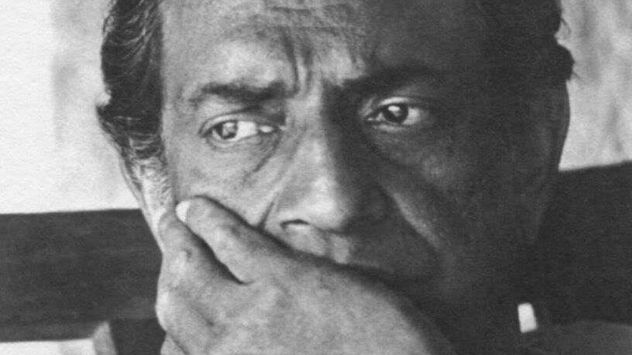 Born in Calcutta in 1921, Satyajit Ray made Pather Panchali (Song of the Road, 1955), the first film in a trilogy about childhood, which was followed by Aparajito (The Unvanquished, 1957) and Apur Sansar (The World of Apu, 1959) and won him the Prix du Document Humain at Cannes in 1956. Later on, he directed Charulata (The Lonely Wife, 1964) and Ashani Sanket (Distant Thunder, 1973). In 1984, Ghare-Baire (The Home and the World) was selected for the Official Competition at Cannes. Satyajit Ray composed all the scores for his films and was also a writer, editor, illustrator, graphic artist and film critic. Satyajit Ray won numerous awards over the course of his career, including an Honorary Oscar in 1992, the year of his death.