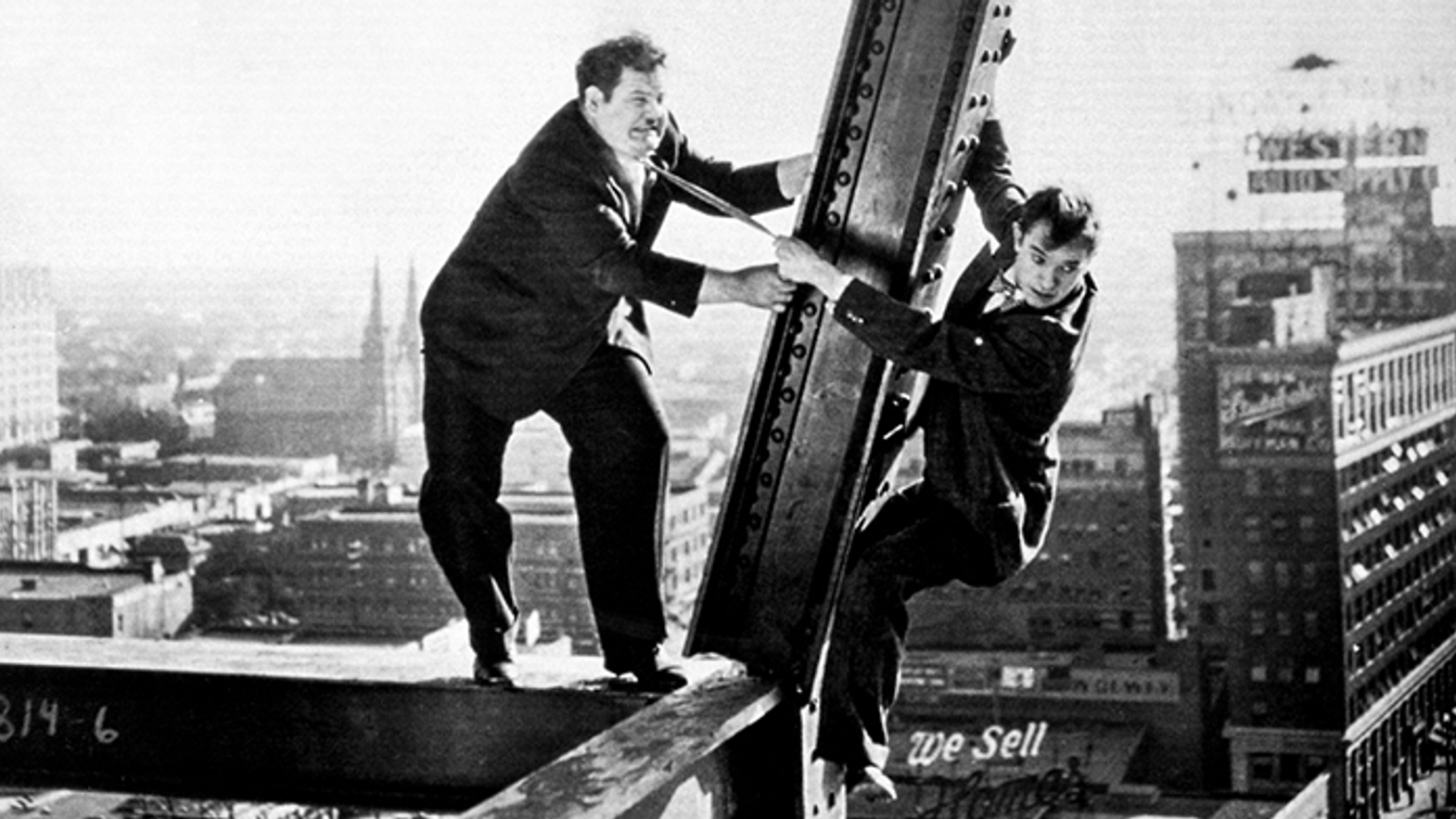 Suspended on the framework of an in-progress skyscraper, with ropes and stairs in precarious balance, Laurel and Hardy shake, tremble, trip, slip and grab onto things, always inches away from falling, constantly on the edge between comedic vertigo and a concrete abyss. Also involved, a crab that slipped into Stan’s pants, starting the whole event. Their main opponent? A police officer who tries to apprehend the duo, and who’s irreverently depicted as the enemy of the titular “liberty” (which is portrayed in a rather unorthodox manner, as shown right from the start in the shameless opening credits…).

Liberty (and limitations) is also what cellist Zeno Gabaglio and drummer Brian Quinn had to deal with: in partnership with LAC – Lugano Arte e Cultura, they composed a brand new score for the screening. “Working on a comedy classic wasn’t easy”, says Gabaglio. “When looking at a classic, one can only feel deference and respect, which can make you cautious in terms of taking initiative. Moreover, the comedy already has its own pacing which is very important, and dictates precise rules. We followed them in order to amplify the comedic effects. We also tried to highlight the sound elements that were already in the film, like the scene set in a vinyl shop, an inescapable music suggestion”. Zeno Gabaglio’s cello and Brian Quinn’s drums, assisted by electronic inserts, will echo tonight in Piazza Grande, live.