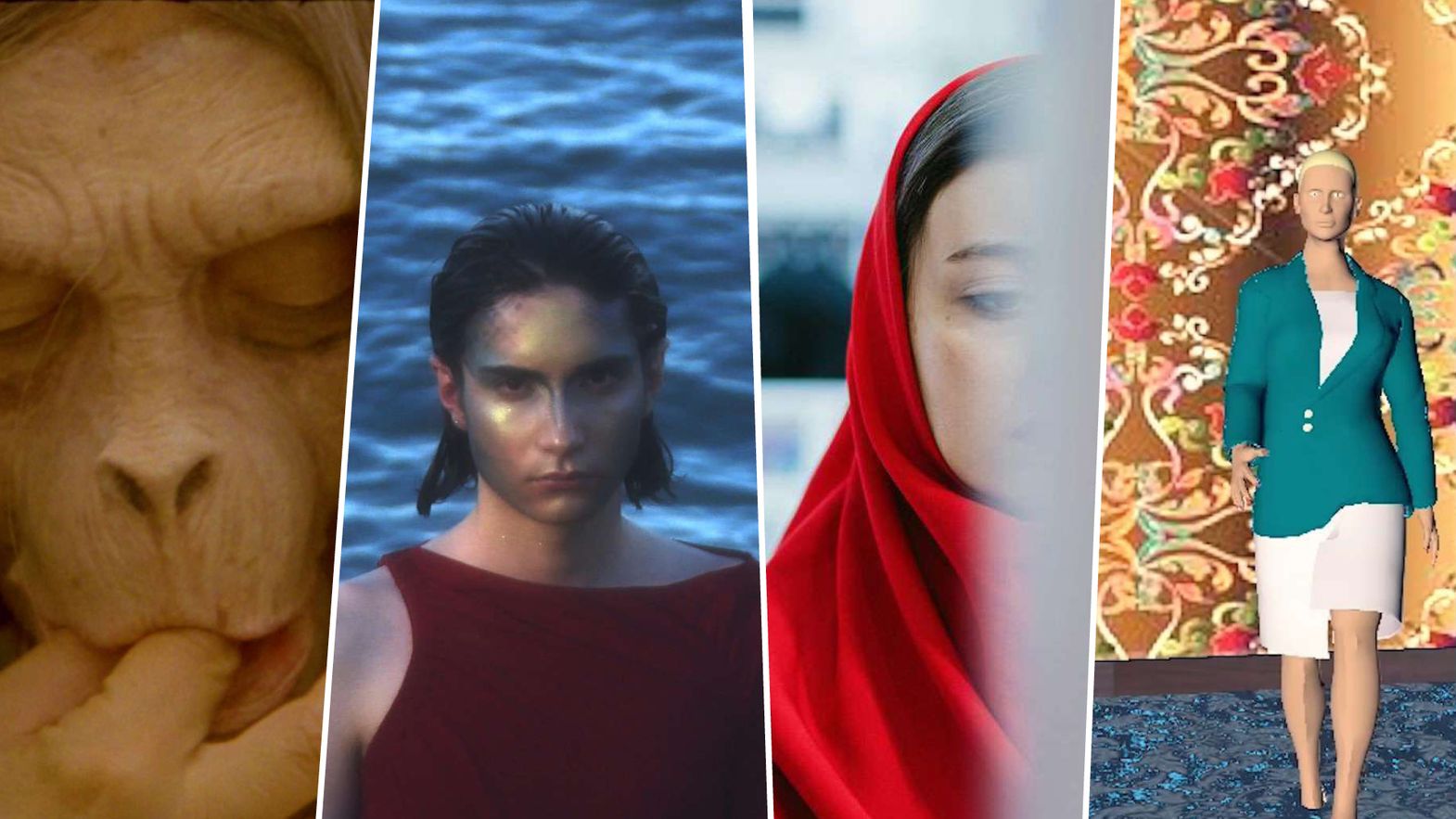 Pardi di domani’s Sunday slot will lead viewers to think about the concept of identity and, even more importantly, of perceived identity.

How do we see ourselves? How do others see us? What image of ourselves do we convey on social media? How does cinema itself represent the human, or the opposite of the human, or one of its many facets?

These four films try to answer those questions in little under 80 minutes, with a wide range of artistic, aesthetic, and narrative approaches.

Very few directors can lay claim to having two films at the same festival in the same year. Bertrand Mandico is one of them.

After showcasing his second feature film, After Blue, in the Concorso internazionale, he now turns to Pardi di domani, and the Corti d’autore competition, with Dead Flash.

This new short revisits many of the themes that are dear to the French director: the body, sex, violence, and fetishistic desires. The vibrant aesthetic of Dead Flash comes to life via interesting and varied visual ideas – many of which are clear homages to genre cinema – and a soundtrack that is surprising, to say the least.

Mandico’s film is a veritable love letter to cinema, a piece of work that is already cult among viewers, who cannot avoid falling madly in love with it.

The director's refined gaze rests on a young trans woman who confesses her experiences and her secrets to a friend of hers.

The film is a reflection on the identity of the protagonist and her everyday life in the context of social networking, a world that she reveals to the spectators and one that does not always appear pleasant or comfortable.

The story of conversations on online dating apps and encounters with admirers reveal underlying and violent attractive-repulsive tensions towards her and her gender identity.

Thanks to the generally very narrow point of view, the closeness between Martinez Garcia and her subject shows a surprising intimacy.

The documentary's experimental and glam aesthetic also has the ability to make her protagonist appear as a mythological figure of today, a nymph of the ethereal dehumanized world of the Internet.

Mask by Nava Rezvani is one of those films that tackle more complex issues than they may appear at first glance.

The film is undoubtedly a narrative one, from a very classic mold, developed according to storytelling and visual conventions well established over time, especially within Iranian cinema.

To satisfy a desire of her boyfriend, a young woman undergoes cosmetic surgery. When she discovers that the man she wanted to please is not satisfied with the outcome, she finds herself reflecting on her identity and independence.

Rezvani, also assisted by the intense performance of the actress Katayoun Saleki, finds a storytelling mode that differs from the usual to address and describe the issue of women's liberation in Iranian society.

The Sunset Special by Nicolas Gebbe is a special film, not only for the title.

Presented as a videogame from the 1990s, the viewer takes the point of view of a couple of vacationers visiting a dream location.

The images – which mix 3D graphics and found footage from YouTube and Instagram – are dirty, full of glitches, and completely unreal and bogus, as are the social networks and the fabulous life that the film puts at the center of its social critique.

The film is not just a parody of vacationers but, above all, a reflection on existence and our perceived identities, created using synthetic, deconstructed, and fragmented images, and which finds its catharsis when the world becomes clean and realistic, immersed in transcendental music. The mirror has been broken.