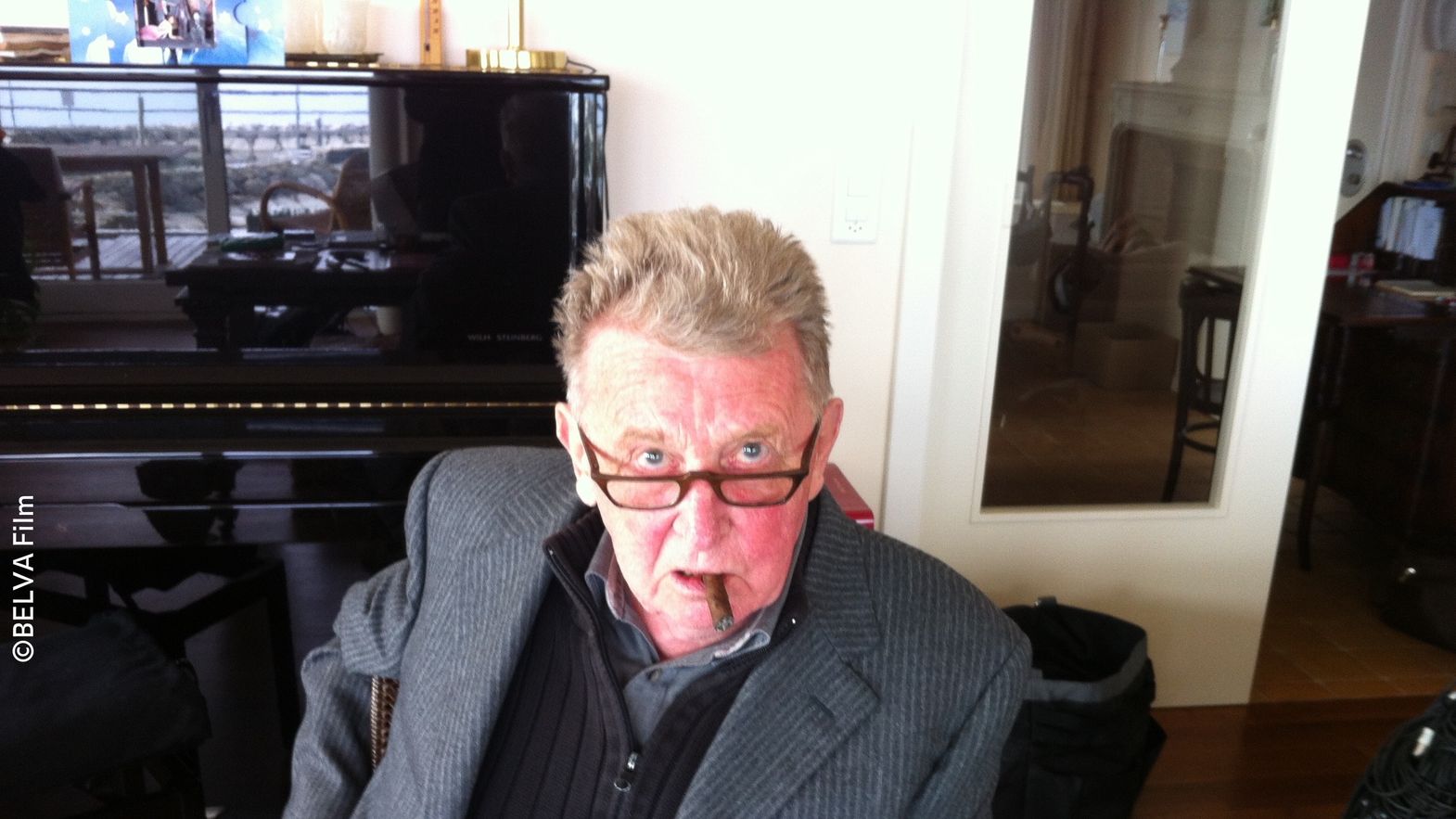 Jean-Marie Straub is to receive the Pardo d’onore Manor award during the 70th Locarno Festival on Friday, August 11. Straub, known worldwide for his rigorous and forceful approach to filmmaking, is a benchmark auteur for generations of moviegoers and directors.

Born in France in 1933 and now resident in Switzerland after living in Germany and Italy, Jean-Marie Straub has been (re)writing cinema – in three of Switzerland’s four national languages – throughout a career that stretches back over sixty years. Much of this lifetime in film was spent with his partner in art and life, Danièle Huillet (1936 – 2006). Having learned his trade as an assistant on set to Jean Renoir and Robert Bresson, Straub joined Huillet in plowing a distinct furrow across the field of 20th century cinema, centered on the real, together with the expressive tools to show and convey it: radical, rigorous filmmaking, in which the superfluous gives way to the essential. Often featuring a non-professional cast, the ideal palette for a direct rapport with words, the work of Straub and Huillet is anti-spectacular and profoundly political, but never slips into propaganda.

Following a 1963 debut with the antimilitarist short Machorka-Muff, Straub and Huillet’s first full-length film, Chronik der Anna Magdalena Bach (1967), clearly set a course for their future output, in which film would be, literally, the seventh art. Often “at the service” of literature, theater, music and painting, their films are powerful re-elaborations of landmark figures such as Johann Sebastian Bach, Kafka, Mallarmé, Pavese, Brecht, Engels, Cézanne, D. W. Griffith and many others, all firmly bound by a strict ethic of the gaze. In 1970 their film Les yeux ne veulent pas en tout temps se fermer, ou Peut-être qu'un jour Rome se permettra de choisir à son tour marked a definitive peak of alienation in the acting in their filmmaking, with even fiction requiring and achieving maximum adherence to the real, rejecting interpretation and with it any possible equivocation.

Straub has always had close ties with Locarno, entrusting many of his premieres to the Festival audience. The many important titles presented here over his long career include his full-length debut, Chronik der Anna Magdalena Bach, featured in the main program in 1968, Antigone, shown in Piazza Grande in 1992, and Kommunisten screened Fuori Concorso in 2014.

Carlo Chatrian, Artistic Director of the Locarno Festival: “It is a special honor to be able to recognize the personality and achievement of Jean-Marie Straub during the 70th Festival. Not just because of the close ties between Straub and Huillet and the Locarno Festival, but above all because their films hold a unique and special place in the history of modern film and are still an undeniable influence on various directors. ‘Rigorous’ is a term that has often been used to describe their practice; watching their films again one also feels how much freedom pulses through every frame – something that is absolutely necessary to ‘digital’ filmmaking. The films of Straub and Huillet have so much to say to us: perhaps that’s why the recent retrospectives dedicated to their work, in 2016 at MoMA in New York, the Pompidou Center in Paris and the Museo Reina Sofia in Madrid, were so well received. I am especially proud that Jean-Marie Straub should be in attendance at Locarno, and I am quite sure that our audience will give him the reception that great directors of his caliber deserve.”