This year marks the beginning of the partnership between the Locarno Film Festival and Campari Schweiz AG, sharing the common intent of supporting the film world. Campari Schweiz AG decided to stand by Locarno 2020 – For the Future of Films, demonstrating to believe in the festival and shared the key concern of this year’s edition: the future. And so, wishing to take part in the 2020 project and support the film industry and talent, Campari Schweiz AG chose to lend a hand to The Films After Tomorrow, the project that focuses on the films whose future was literally put on hold due to the lockdown. Campari Schweiz AG will therefore contribute to Locarno 2020 edition with an award worth CHF 50,000, which will go to one of the ten international projects in the competition.

A perfect alchemy between passion, creativity and imagination. From Fellini and Sorrentino to young talents: the world of cinema has always known how to explore the Red Passion through new and surprising languages.

Over the decades, multiple collaborations with exponents of the film industry have been developed giving birth to some very distinctive visual projects, from video commercials to short movies. The Red Diaries, the last collection of short movies created by prominent film directors, has seen its last artwork in 2019 with “Entering Red”, directed by Matteo Garrone featuring Ana de Armas. Previously Paolo Sorrentino, with “Killer in Red” (2017) and Stefano Sollima, with “The Legend of Red Hand” (2018) have initiated this collection where the red spirit is a fil rouge. Starting with this year, Campari Schweiz AG will also be active in the Swiss film sphere, as an official partner of the Locarno Film Festival. 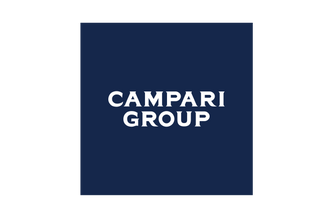