To Sir Sidney Poitier With Love

Artistic Director Giona A. Nazzaro remembers the great American actor, who passed away a few days ago and was part of the Locarno72 Retrospective with his film Stir Crazy 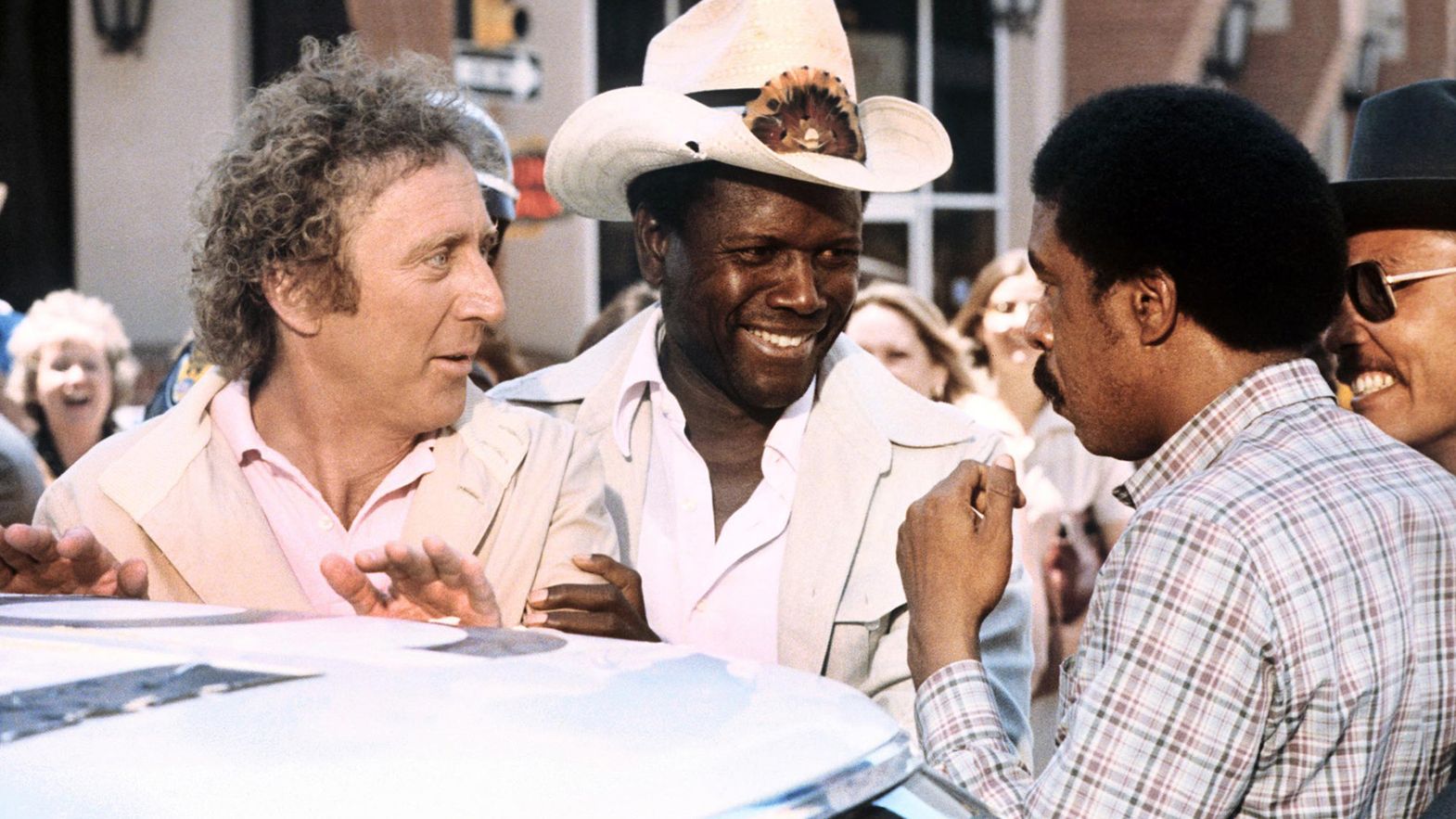 Sidney Poitier between Gene Wilder and Richard Pryor, the stars of Stir Crazy, a film Locarno audiences rediscovered thanks to the Black Light retrospective in 2019

The universal grief for Sidney Poitier’s passing was matched only by the emotional sense of gratitude for the accomplishments of an exemplary career devoted to artistic excellence and civic engagement. In these dramatic years, where we’ve once again witnessed indiscriminate violence against African Americans, we were sometimes tempted to think that, compared to the times of Paul Robeson, Ossie Davis, Harry Belafonte, Ruby Dee, and Max Julien, we were frighteningly moving backwards after the hard-earned victories of the Civil Rights movement.

Sidney Poitier wasn’t just the first African American actor to win an Oscar (for Ralph Nelson’s Lilies of the Field, which also landed him the Silver Bear in Berlin). He embodied ethical, moral, and artistic excellence during difficult times, opening doors that others would have preferred to keep shut. His presence in American cinema was a sea change whose impact remains in the work of Denzel Washington, Eddie Murphy, Angela Bassett, Will Smith, Jennifer Hudson, Morgan Freeman, Whoopi Goldberg and many others. Sidney Poitier got to the front row and declared that African Americans were not only excellent character actors or the white lead’s sidekicks; they could carry a movie on their own, and excellently so.

With his choice of roles, Poitier staunchly brought along a new template for African American artists, giving those who did not yet have a voice the chance to stand up and claim their rights. One can’t not think of Joseph L. Mankiewicz’s magnificent film No Way Out, where he deals with a fierce and diabolical Richard Widmark, who plays a ruthless, racist gangster. Or the superbly suspenseful The Defiant Ones, by Stanley Kramer, where he’s chained to Tony Curtis and exposes a segregated society. He would recall that film with a smile, recounting how African American audiences struggled to suspend their disbelief: “They told me no brother would ever sacrifice himself for a white man.”

Over the course of his career, Poitier slyly avoided the traps of a reassuring public image, and at the same time always looked ahead. A great example of this is his directorial debut, the 1972 Western Buck and the Preacher: in the middle of the blaxploitation era, it tells the story of how, after the Civil War, white men hired death squads to keep veterans from obtaining the lands they had been promised. Co-starring Harry Belafonte, the film foreshadows Mario Van Peebles’ Posse and the recent The Harder They Fall, directed by Jeymes Samuel aka The Bullitts. He appeared in countless memorable films: Sydney Pollack’s debut The Silent Thread, Richard Brooks’ Blackboard Jungle, Otto Preminger’s Porgy and Bess, Martin Ritt’s Paris Blues, Guy Green’s A Patch of Blue, Norman Jewison’s In the Heat of the Night, Stanley Kramer’s Guess Who’s Coming to Dinner, and many others.

He kept working consistently until the end, be it in Roger Spottiswoode’s excellent Shoot to Kill, which marked his return in front of the camera after a decade of directing, or in Phil Alden Robinson’s Sneakers, where he shared the screen with the likes of Robert Redford, Dan Aykroyd, James Earl Jones, Ben Kingsley, and River Phoenix. He was an authentic giant of cinema, beyond Hollywood, a hero who never wanted to be thought of as such and contributed in an indelible manner to the advancement of rights for African American citizens. Sidney Poitier is part of humanity’s heritage.

It’s impossible to disagree with the words Barack Obama chose when he gave him the Presidential Medal of Freedom in 2009: “It’s been said that Sidney Poitier does not make movies, he makes milestones – milestones of America’s progress. Poitier once called his driving purpose to make himself a better person. He did, and he made us all a little bit better along the way.”