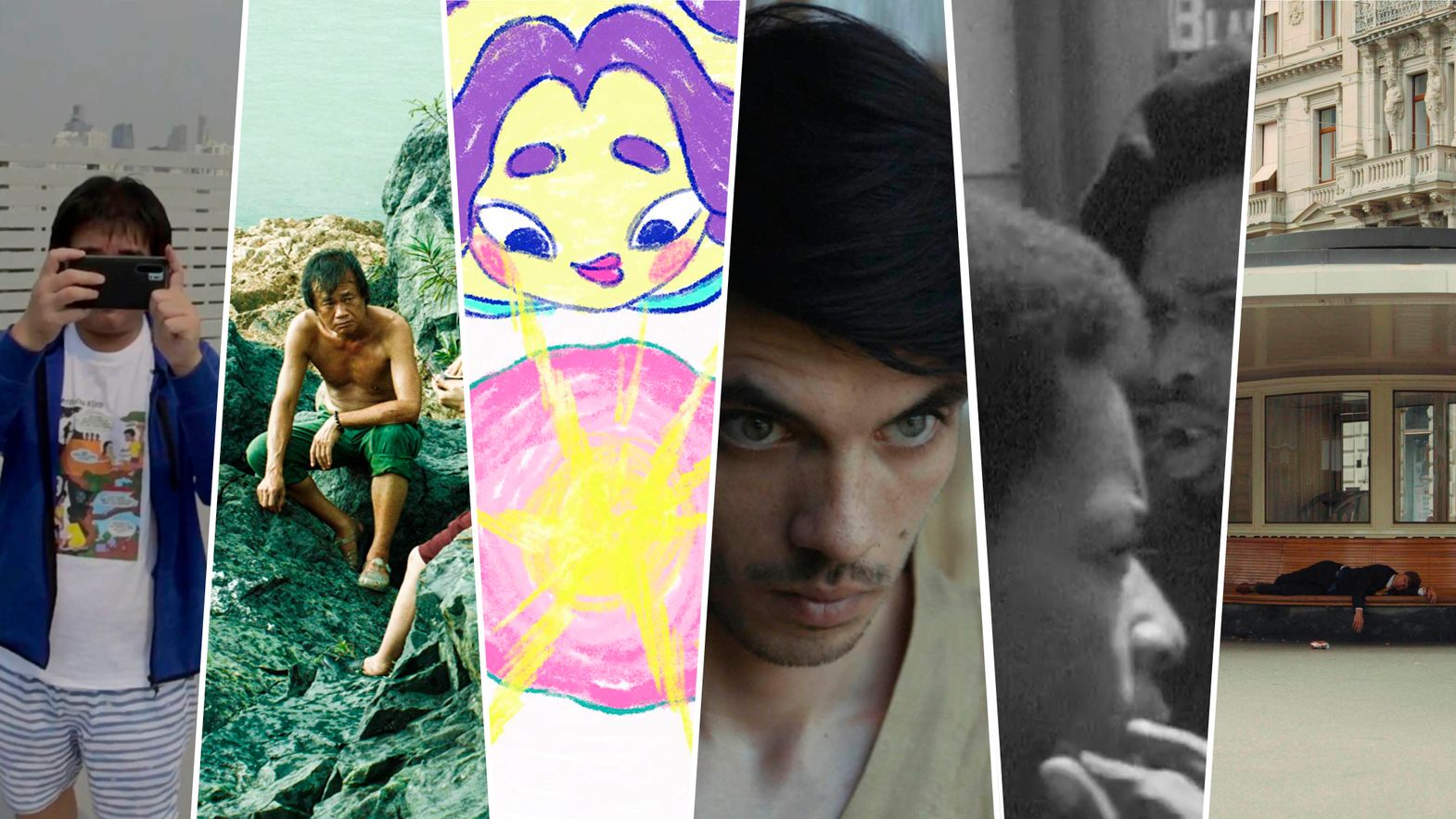 The journey through the fourth Pardi di domani 2020 programme begins with an image of moving water: it’s the Mekong river, in Vietnam. The title of the film is The Unseen River and its director is Phạm Ngọc Lân. Water flows, incessantly, in one direction, representing time and its passing. Moving up and down its banks are the films’ characters: a dog, an old couple and a young couple. Past, present and future intertwine through their voyage and resonate in their words, in an attempt to rebuild lost memories and create new ones.

An unfortunate event that happened in NYC’s subway in distant 1974 sent artist and writer ibn Kenyatta to prison, where he’s been unjustly spending his life ever since. The De Facto Martyr Suite recounts Kenyatta’s story and his refusal to attend parole hearings since 1988 as an act of protest – “parole is for the guilty”, as he himself says. The device proposed by director Justine de Gasquet uses his words to tell his story, while the edited archival footage, structured in between a number of intertitles, reflects on the struggle of Kenyatta and African American people.

Filipino director Sorayos ‘Yossy’ Prapapan is already a film festival veteran, with a great number of short films screened around the world, including a Pardi di domani selection last year with Dossier of the Dossier. His films usually reflect on the process of making cinema from a comic point of view and Digital Funeral: Beta Version is no less. Conceived and shot as a VR film, it is presented here in its 2D version in which the filmmaker is the one choosing the framing for the spectator and panning through the 360-degree image he originally shot. In his Digital Funeral, Yossy explores of the relationship of the cinematic image and the virtual reality medium – while at the same time offering a (self) ironical gaze on the precarious life of the artist nowadays.

While Sorayos Parapapan spends his nights and days creating in his small and cluttered all-purpose bedroom, Jonas Ulrich shows us the routine of the inhabitants of Zurich on weekends through a series of static shots. On a first look, little or nothing seems to be going on the streets, in the cars jammed in traffic, on the phones of people riding buses and waiting to cross the street. However, if looking closer, one might discover great movement within the seemingly motionless images and start wondering: is People on Saturday really a documentary?

The events told in The Parallel State certainly are a fiction imagined by its screenwriter and director Octav Chelaru, but he had been probably inspired by the socio-political reality of Romania – and so many other counties where corruption is a sine qua non for power and success. While his focus in his Pardi di domani 2017 entry Black Clothes was on the figure of a priest, this time he puts his attention on a dubious businessman. The Parallel State tells the absurd encounter of a young computer technician and this “boss”, whose computer software and contents have been hijacked by an unknown and virtual enemy – thus questioning his position and the power games he’s used to play.

Also as a game, but one of a totally different kind, is how the biological process of reproduction and procreation is portrayed in Salmon Men. Directed by the trio Veronica L. Montaño, Manuela Leuenberger and Joel Hofmann, this beautiful and creative Swiss 2D hand-drawn animation embarks the spectator on an adventure of competitiveness and tenderness that explores stereotypes created by gender roles. And this is how the journey through these six films ends, just as it began: in water, moving upstream river, from the remembrance of the things past towards the search for the origin of the world.