North by Southeast: On the Road with Open Doors

Nomads Land. Cinema is coming back

The Open Doors journey through Southeast Asia reaches Mongolia. It’s a vast land, a land of few, the land of Genghis Khan. It’s a land where cinema has the space, and the talent, to grow (again).

Extreme. That's how Mongolia is, bouncing between opposite summits. It bounces between being gigantic by geography and tiny by population; between being for a few - just three million - and having been for only one, Genghis Khan; between having all the space in the world available to make yourself comfortable and not being able to stay still, as with 40% of the nomadic population; between the imposing Soviet past and the young democratic present, between the structured propaganda cinema that was and the fragile auteur cinema that it is. Or maybe not just yet.

To think of Mongolia is to think of a very large physical and human space; whereas in Switzerland you can meet two hundred people in Mongolia you already have to stop after the second person, as there are two Mongols for every square kilometer. It is the least densely populated country in the world, dominated by the steppe, the Gobi, and the peaks of the Altai. It’s one and a half million square kilometers for a handful of cities. One of which, the capital Ulan Bator, the capital, houses one in three Mongolians. There are cinemas, and there is cinema. It is young, with forgotten ancestors between the end of a domination that took everything away and the beginning of a democracy that had no time to think about cinema at all. 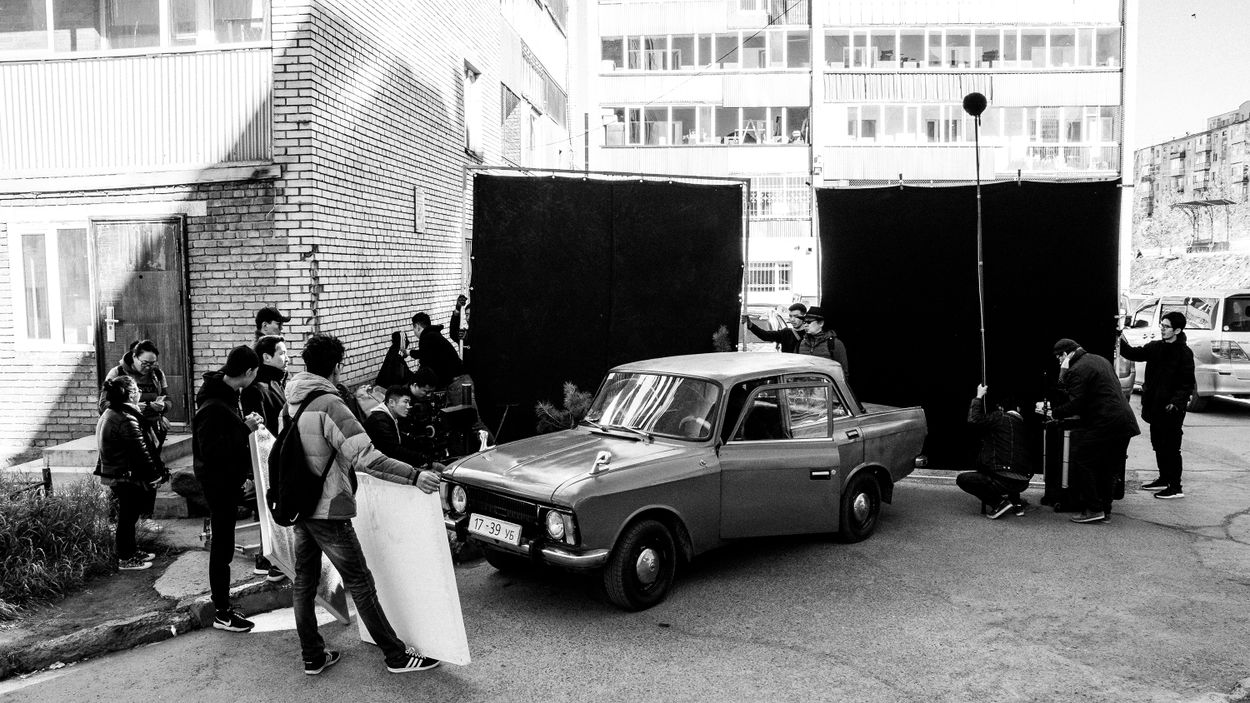 Cinema is coming back!

One Hundred Years of Solitude

In the 1920s, Mongolian cinema was the off-campus student of the great Soviet master. They were crew members, students and people to raise and train to understand, fifteen years later, that this was the ideal tool for propaganda. In the mid-1930s, the national Soviet-style film studios, Mongol Kino, forged the first national films, but directed by Russians. And the works, thanks to the socialist distributive firepower, reached the entire country, eliminating apparently unbridgeable distances. It took another fifteen years to see the first generation of Mongolian filmmakers grow and develop a grown up, trained, capable voice. Jigjid Deejid and Tsogt Taij drew the most important pages in the history of the big screen, and the new generation was already trampling behind, ready to set the "golden age" on fire. There was Mongolian cinema, and it traveled from the Gobi to the Altai. Its voice, however, came from the West and had a Soviet accent. And when that voice went silent, twenty years later, the cinemas shut down. 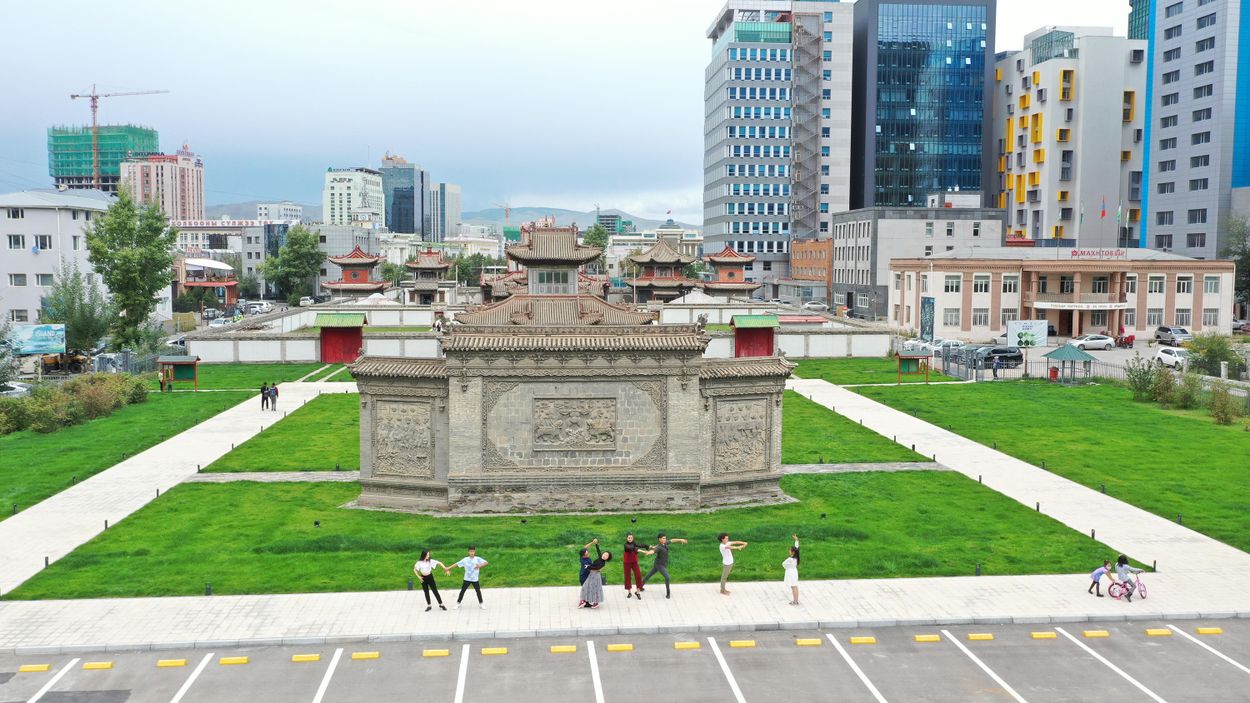 In the early 1990s, when the Soviet Union came to an end, so did the cinemas. Be they stable or nomadic, there was nothing left to show. Deprived of Soviet control, Mongolian cinema was born anew, but powerless. Diktats left space for legless poems, whose voice lacked lung capacity. The State was replaced by private entities, and a new Genghis Khan awoke in the absence of Soviets saying “niet”. The best one on film was Chinese, and the same happened with the most celebrated of all, the 2008 Oscar nominee Mongol, by Sergej Vladimirovič Bodrov, from Kazakhstan. Having gained artistic and creative freedom, the cinema of Ulan Bator lost its working tools: no more crews, financing, distribution or film schools. The Soviet Union left the game and took the ball with them. Young filmmakers like Gankhuyag, Uranchimeg and Binder were able to turn on a light, but it wasn’t enough to illuminate an entire country. 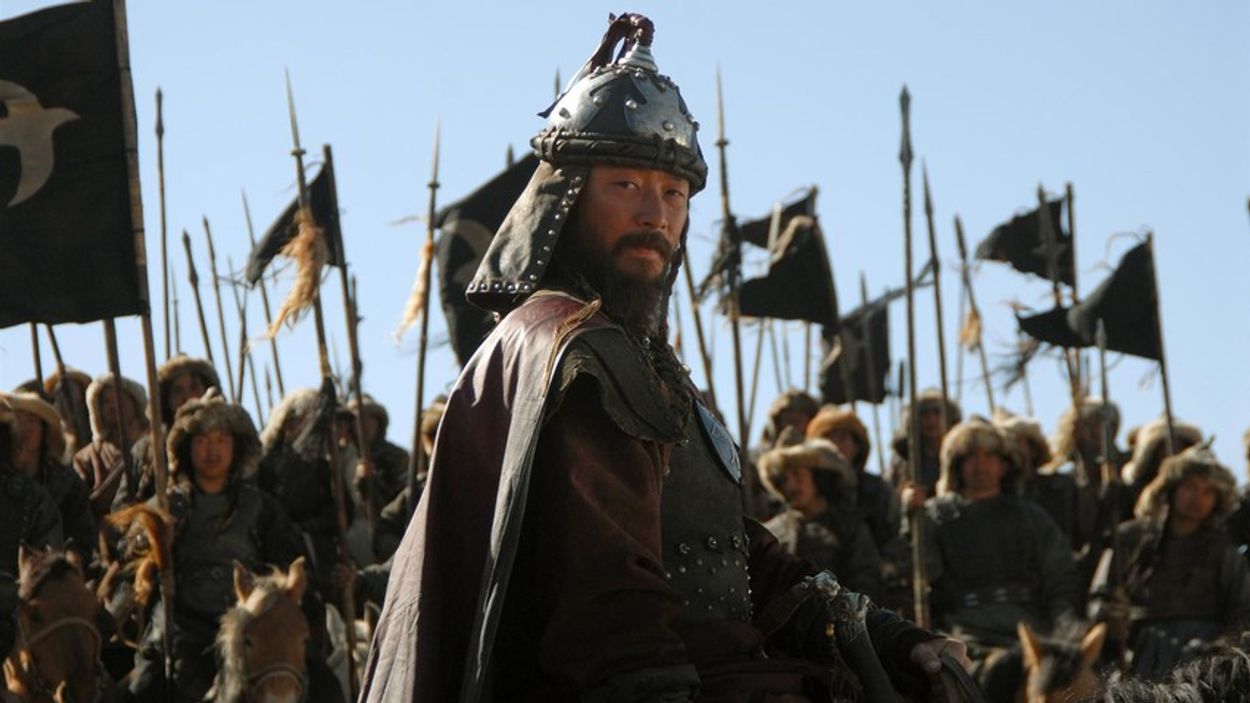 The Future from Belgium

At the dawn of the 21st century, something happened, and it came from Europe. Belgian auteur Peter Brosens decided to work in the land of Genghis Khan, and Mongolian cinema felt and relived the strength of its youth. The collaborations with Turmunkh Dorjkhandyn (State of Dogs, 1998) and Byamba Sakhya (Poets of Magnolia, 1999) paved the way for international co-productions. Byambasuren Davaa’s The Story of the Weeping Camel (2003) won over German producers, the Piazza Grande audience in Locarno, the Academy in Hollywood (nominated) and the box office, with one million tickets sold. And the new generations? They studied and looked for space, counting on the enormous propulsive passion of Byamba Sakhya (Remote Control, 2013) and the producer - as well as his wife - Ariunaa Tserenpil, a practical and active example that Mongolian cinema, made by Mongols, exists and has a voice. That voice and determination are as humble as they are noble in Passion (2010), a documentary by Sakhya dedicated to those filmmakers who did not stop shooting, when everything around them had ground to a halt: “Try to make a film without money!” 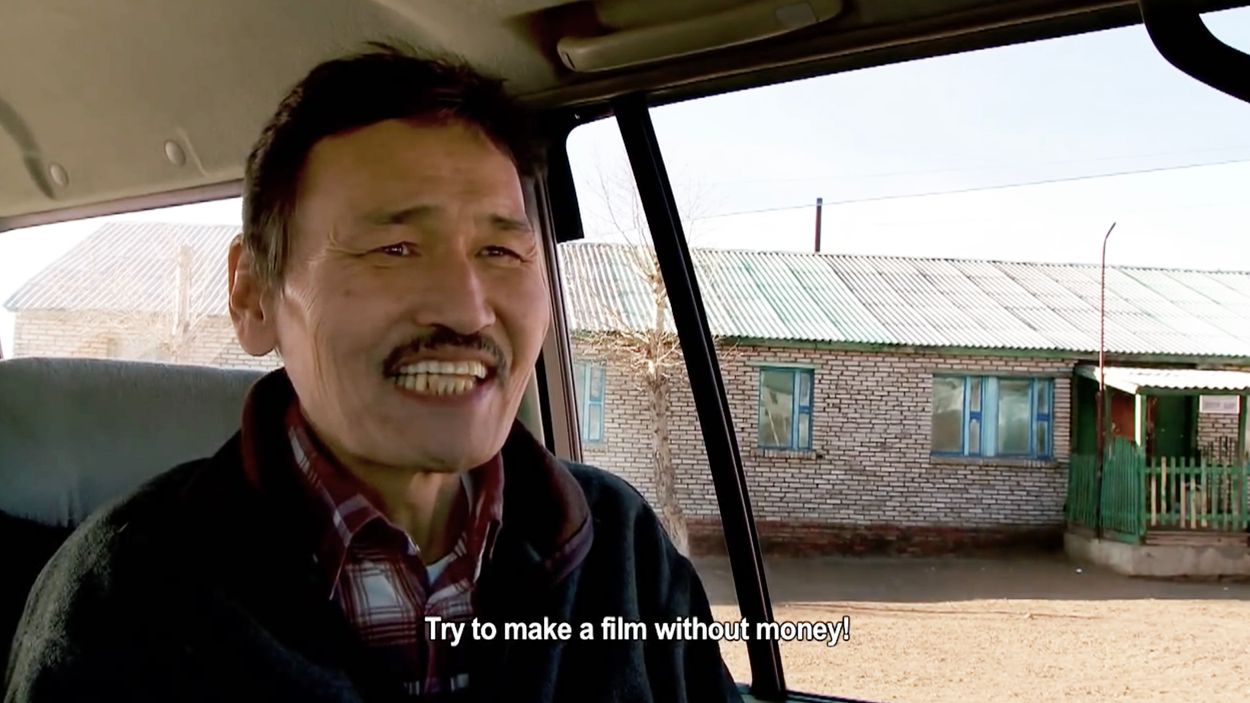 Free but poor. Mongolian filmmakers, a hundred years after the Soviet beginnings, could enjoy a much desired artistic freedom, but without resources. With the state subsidy extinguished, and a government struggling to frame a concrete policy or strategy in support of the industry, their gaze could only turn to private individuals. But then, with a complete lack of distribution, what reached the public eye had the look of Hollywood blockbusters. And the dog, of course, began to bite its own tail. And yet something was moving. Technology was moving, providing low-cost breath for voices that were now voiceless; and then there was the training, the essential oxygen to hope for indigenous authorship. Byamba and Ariunaa were also moving, their crews being 80% local Mongolian workers. And then there was also the Arts Council of Mongolia, the promoter and organizer of the country's first film festival in 2010, in the capital: the Ulanbataar International Film Festival (UBIFF). Yes, something was moving. 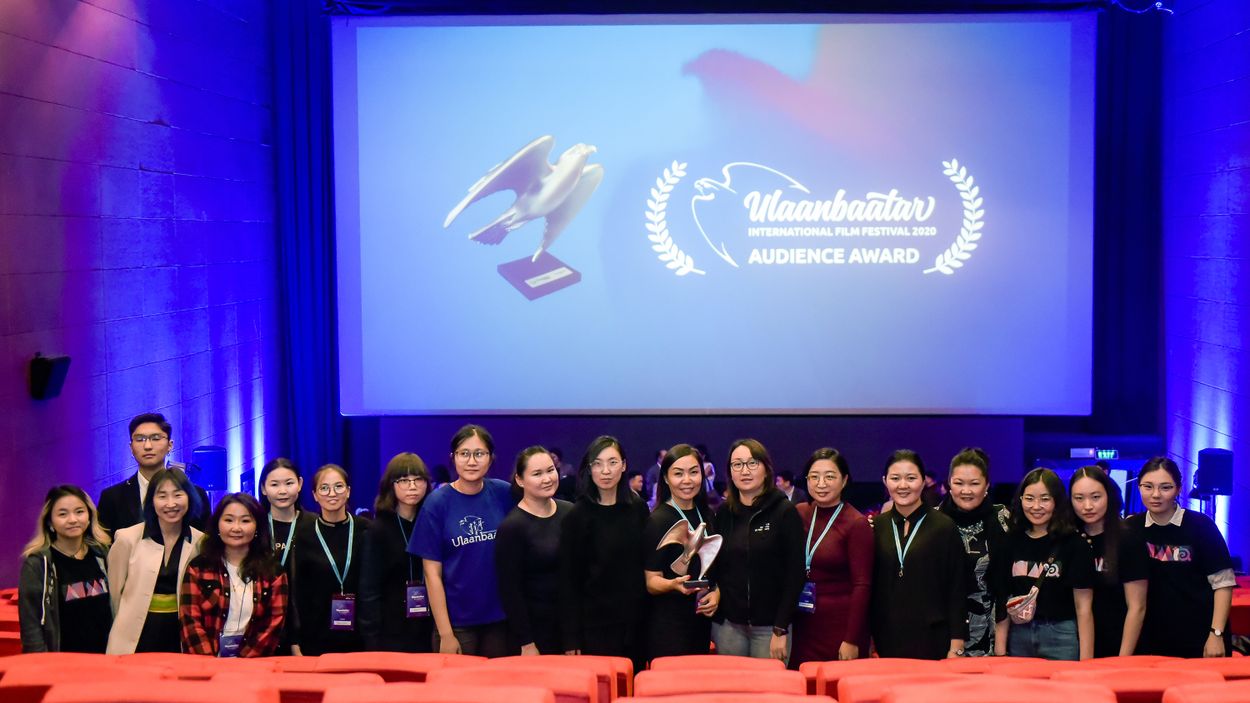 In Ulan Bator, cinemas were rekindled. And once again the spark was foreign: thanks to a private Korean investment, we got the Tengis Cinemas, which opened three multiplexes in the capital between 2008 and 2009. And it is there, in the darkened room, that Mongolian cinema managed to illuminate audiences’ nights, placing their own posters alongside those of the great American productions. There is Mongolian cinema, and the capital's audience knew it. But what about the others? Mongolia is suburbs and films couldn’t move outside the city centers. They were waiting for the government to put wheels on them, sensing urgency and a possibility: films as a means of connecting a scattered population. Films were seen as a form of cultural expression in the vein of the great Mongolian artistic tradition, from dance to manufacturing. It had been talked about for twenty years now, but the discussion was slow. And the authors, with all their potential, were waiting; knowing that now making films in Mongolia was a bit less crazy than yesterday. 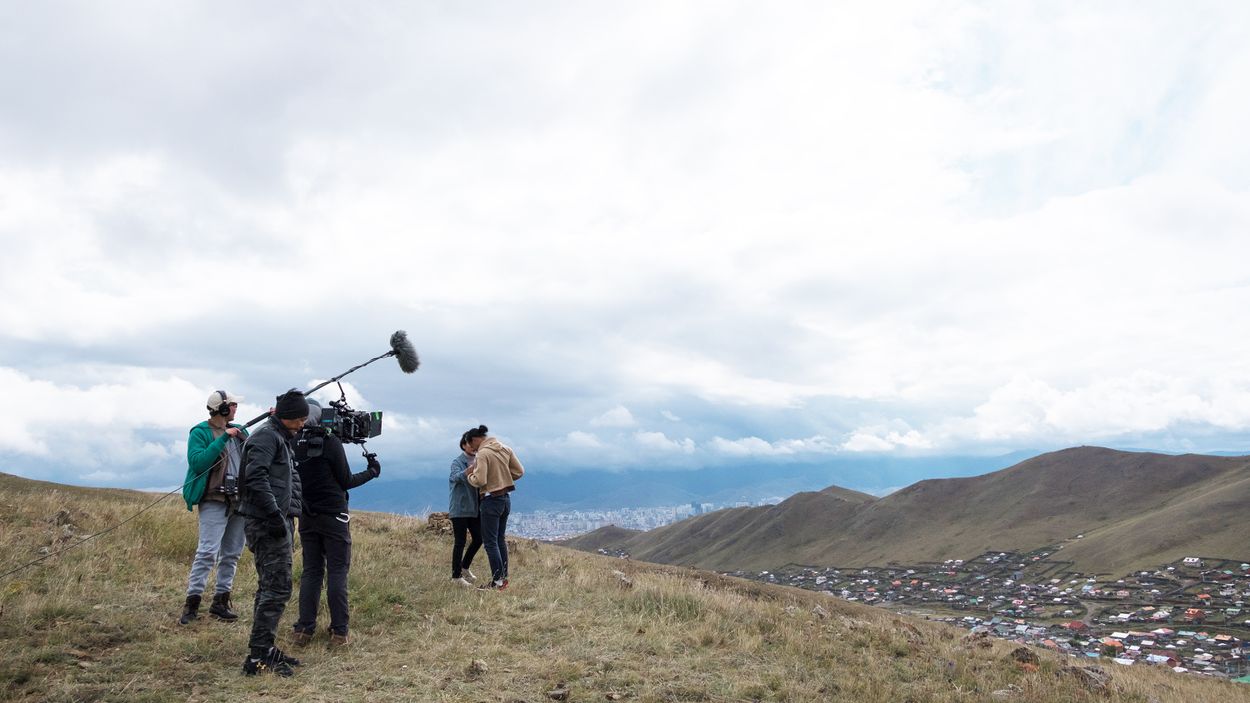 The set of Mountain Cat, by Lkhgvadulam Purev-Ochir

And then there's contemporary Mongolian cinema. It's the cinema of 2020, of the three-year period in which Open Doors discovered and nurtured it. It's a kind of cinema that reflects a country wishing to be and recount itself, where the driving forces are frequently female, transcending generations and committed to the spirit of growth. It's the cinema of Ariunaa Tserenpil and Lkhgvadulam Purev-Ochir, of Uran Sainbileg and Odgerel Odonchimed: four frames representing a film industry in motion.

Read the interview with Ariunaa Tserenpil