The Beer Girl in Yangon 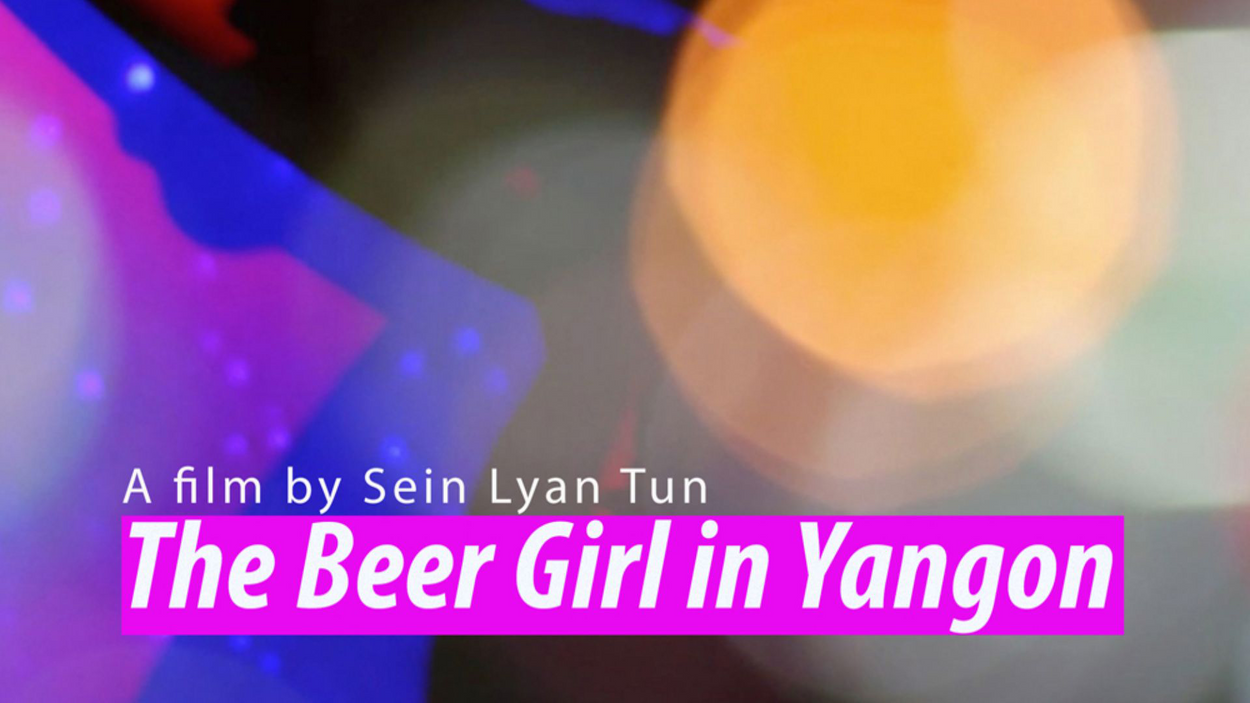 Lily, a 17 years old girl, works as a hostess in a sleazy bar where underage prostitution is a constant temptation. There, she develops a relationship with a co-worker girl named Moon (19). At home, Lily also has to deal with an uneasy relationship with her factory worker mother Khin Moe (40’s). Lily is going through a phase in which she suffers from a painful menstrual cycle coupled with nightmares, resulting from a psychological trauma of witnessing her political activist father getting tortured in front of her. Longing for a father figure, Lily takes a liking to a mysterious elderly regular customer called Zaw (45’s). Inevitably, Lily’s relationships with all these people will be tested as she dangerously treads the dangers and temptations that lurk around her.

My sister and I always joke about ourselves. We are coming into life in a wrong time, wrong place and wrong gender. She said I should be the one who has a period instead of her. She can take care of us without having menstruation problems and she can even officially have a girlfriend as she wishes. Since my sister had a severe problem with her period, she was very confused with her sexual preferences. My mother had a mental breakdown at that time. I am the eldest son in my family. I was only 13 years old and I had to work at a beer pub as a cleaner to support my family.

All my adolescent life, I witnessed my mother and my sister arguing every day. That made me prefer to stay at beer pubs as long as I could. This is where I observed all these underaged girls’ futures being destroyed before my very own eyes.

All my life, I grew up with different kinds of women around me. I can feel their sorrow and grief. I can see deeply into their hearts, in a way any other person could not. They always say to me “You are one of us”. But like my sister said “We are still in the wrong time, wrong place”. It is true but it hurts me. I want to make a film that will make my sister keep striving for a better situation and for everyone else to see that there is always hope to look forward to. I want women to rise up with a positive outlook on the world. This film is a personal tribute to my sister, my mother and to all women.

My visual key is realistic and natural. The film will be shown in realistic visual condition as the character grow to adulthood, relationship with parents, workplace and romance. Being a beer girl opens to a lot of possibilities of hope, confidence, yet sorrow and fake smiles are always there and always leave some sort of bitterness. All of those little moments are rather magical in the fading lights and music. The camera will observe and capture the behavior of the characters as they develop within their given circumstances. The cinematography predominantly consists of static shots with natural lighting and true-to-life colors.

As a producer, I usually work with stories that interest and have a personal relation to myself. Lily, the beer girl, represents the despair and hopes of young people in Southeast Asia. As the gap between the poor and the rich is getting wider and wider, we can see many (underaged) girls forced into prostitution. Trafficking seems to sound like a normal issue in this modern world. However, as a team, we prefer to tell a story about hope. We would like to see small, beautiful things in a gritty environment. We have developed this project for quite a few years and also built a bond in making short films as exercises. We are looking for international collaborators who share the same vision and we want to realize our dreams together.