a brief history of Locarno’s visual identity over the years 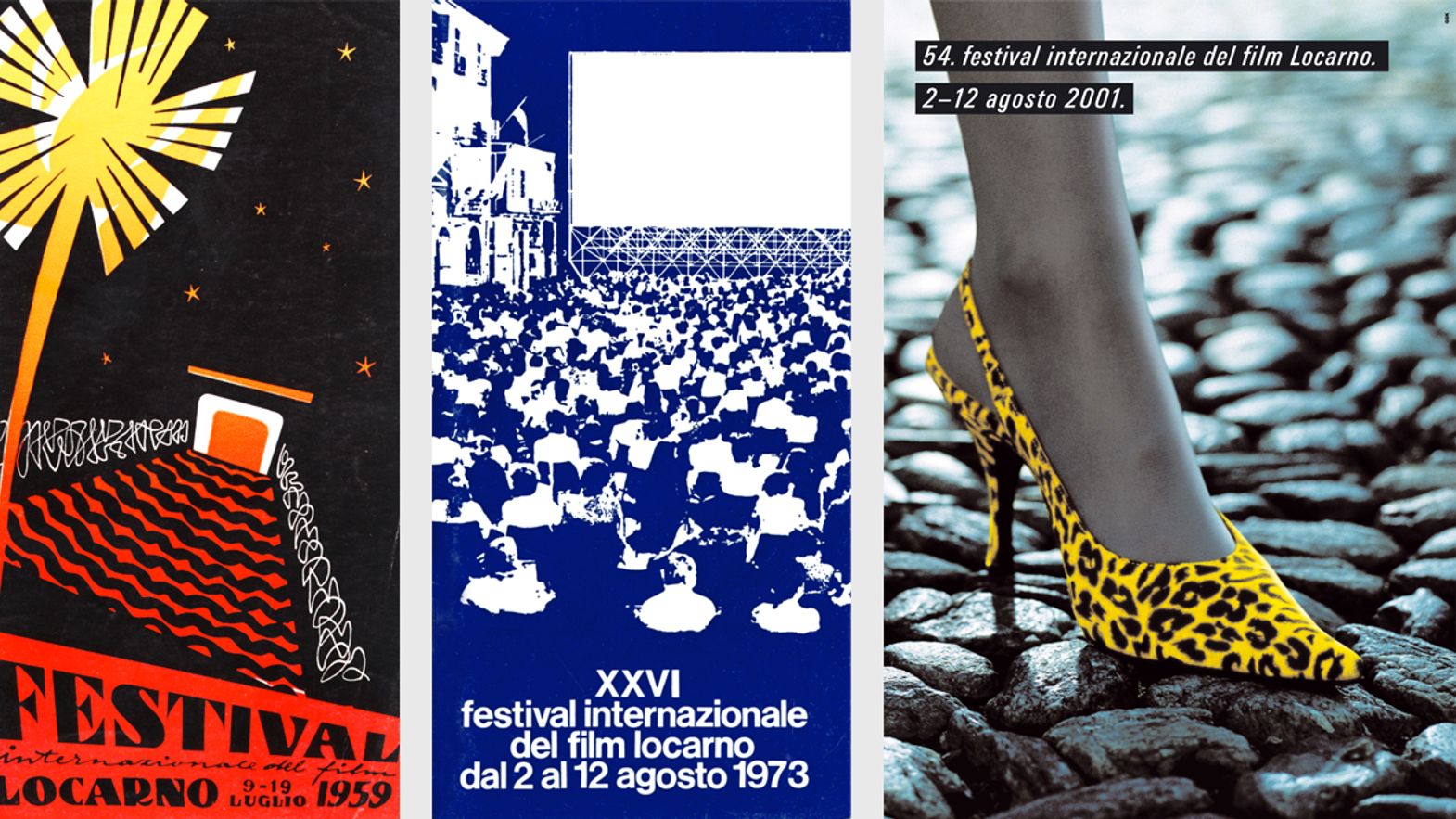 If you were to see a poster of the Locarno Festival pre 1971, the year the heartbeat moved from the Grand Hotel to the Piazza Grande, chances are you wouldn’t visually recognize it. Although the pardo had been a symbol of the event since 1968, it was under the directorship of David Streiff, Artistic Director from 1982 to 1991, that the leopard pattern we know so well was developed to become a trademark of the Festival. Head of the Swiss film centre at the time, Streiff was an ardent admirer of photography and visual arts. Zurich-based advertising agency GGK was commissioned to think about a coherent visual identity for the Festival, which had varied greatly throughout the years.

Before the arrival of the leopard on most of the marketing material in 1982, how was the Festival represented? Interestingly enough, among the archive posters available to this day, two showcase emblematic venues of the Festival: the garden of the Grand Hotel, featured on the 1959 poster, with its slope clearly recognizable, where evening screenings would take place back then, and the crowd in front of the big screen on Piazza Grande, on posters from 1973 to 1976. This view became so iconic that it was chosen in 2017 to adorn one of the sides of the Swiss 20-franc banknote.

The black spots as we know them permeate all aspects of the festival, from visual identity to merchandising, by way of the awards handed out to winners every year. Before the leopard, the statuette featured boat sails (given the proximity of Lago Maggiore); earlier even, prize-winners would walk away with the Swiss staple that was the pendule neuchâteloise (a rather large wall clock typical from the region of Neuchâtel, in Switzerland). A scene from a 1957 archive footage shows director Michelangelo Antonioni being handed such a clock in front of a cheering and clapping audience.

Venice has its lion and Berlin has its bear; but what is the origin of the leopard? The city’s coat of arms features a standing lion, known as the “leone rampante”, and locally nicknamed pardo, although these are two different animals. Given the already existing Venetian lion at the time, choosing it as the Festival’s emblem would not have been possible; thus, the pardo alone remained. After the David Streiff years, the next artistic stance on the leopard pattern came from Irene Bignardi, the first female artistic director, from 2000 to 2005. While keeping the concept of a two-dimensional leopard, she commissioned different contemporary artists to design the posters. If all are designed – at least partly – with black and yellow tones, the animal and its spots are not yet systematically featured.

The arrival of Frédéric Maire, artistic director from 2005 to 2009, saw the introduction of a three-dimensional leopard. One of the tasks he set himself was to rethink the concept of the leopard and its numerous variations which, he felt, needed to be re-centred around a strong and coherent unity that had somehow loosened over the years. Design consultancy Januzzi Smith, based in Lugano and London, is behind many of the visual variations we see today: the pardo crossing the screen before each film, the close-up of the animal’s hair but also the unity of the leopard spots which, no matter whether on a car or an umbrella, now all follow a single pattern. The shooting was done with a real animal, Chota, resident of a UK-based animal sanctuary. Chota’s swiftness, agility and feline demeanour reflect the young, innovative and open spirit of what the Locarno Festival is today.

A big thank you to Frédéric Maire for his precious contribution.