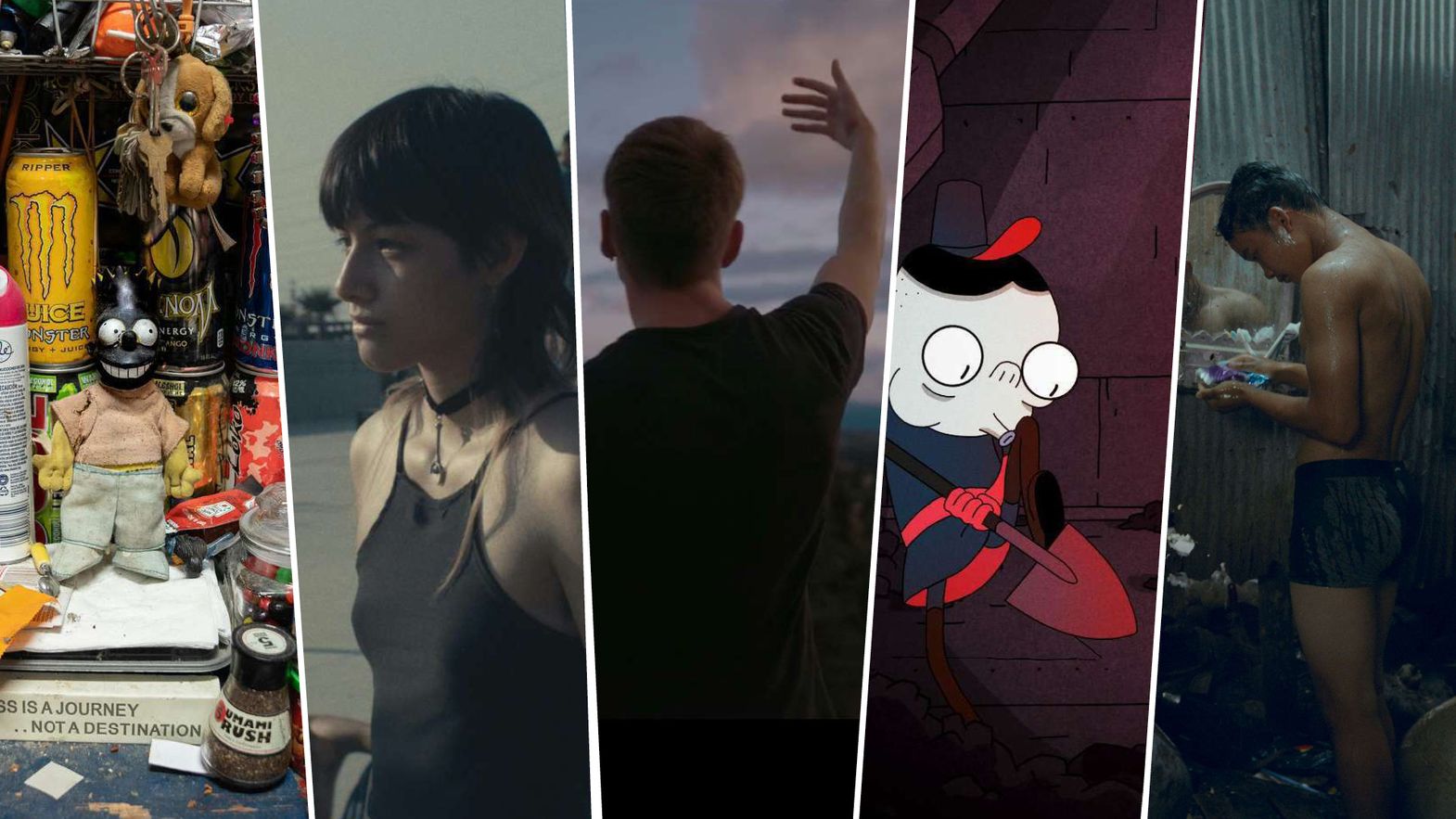 It’s Monday. Is there a better way to start the week than with a screening of five new Pardi di domani shorts? I don’t think so.

These films will take you on a journey through the dark streets of very different cities, along railway tracks in pursuit of a light that can wake you from dreams turned nightmares.

On a quest for those emotions that still make us human.

The duo consisting of Ivete Lucas and Patrick Bresnan is one of the most interesting artistic partnerships in contemporary documentary cinema. Their previous shorts have opened at renowned festivals – including the Berlinale, Cannes, and Toronto – while Pahokee, their first feature-length documentary, debuted at Sundance in 2019 and was subsequently selected in more than 30 festivals, including Visions du Réel in Switzerland.

Happiness is a Journey continues their artistic dialogue aimed at exploring the everyday but at the same time invisible aspects of American society, especially the most popular and poor facets.

Using a peculiar double point of view, Lucas and Bresnan recount the routine of Bear who, for 21 years, without a day off, has been delivering newspapers in his neighborhood. The viewer embarks on a journey with him, discovering the night in a small portion of Austin, Texas. A film that blends the human and the political with grace.

Atrapaluz by Kim Torres is one of the most fascinating and at the same time mysterious films that make up the selection of Pardi di domani.

A film that leaves space for interpretation to the viewer but which, at the same time, plays with some literary and cinematic archetypes.

Following a light that guides her, Lila, a teenager with obvious self-esteem issues, enters an underground world and discovers a being who will reveal something about her.

By mixing science fiction elements with others associated with cinéma-vérité, Torres manages to create a universe in which the suspension of reality and the post-human element become the only credible way to resolve the adolescent anguish and the protagonist’s transition to adulthood.

Shot and performed in an excellent way, what is most striking about the film is undoubtedly the images, capable of reflecting the ecstasy of the protagonist herself through their brilliance, vividness, and richness of colors. Pure Cinema.

Her latest short proposes a theme that appears to be dear to the filmmaker, that of family relationships. This work has the ability to blend the real with the dreamlike in an unpredictable and cinematically very convincing way.

Also supported by a cast of actors, especially the younger ones, who manage to convey a facet of very complex emotions through subtle and precise acting, Cavales, although seemingly a light story of a brother and sister, actually deals with hidden and unspoken traumas that sink into the protagonist's subconscious and dreams, forcing him to deal with them.

A film that can be read as a therapeutic catharsis of a suppression that becomes alive again and becomes universal, recounting a condition that is very common to many.

Kilian Vilim's second film as director, Mr. Pete & the Iron Horse, is also the only animation that is part of the Swiss Pardi di domani competition.

Made by the Bernese YK Animation Studio, a production house that boasts selections at major film festivals with previous short films, Mr. Pete & the Iron Horse is a film that surprises in many ways.

It is seemingly a funny and absurd slapstick comedy – not afraid to reference animation classics, such as Steamboat Willie by Walt Disney and Ub Iwerks, one of the very first Mickey Mouse films.

Mr. Pete & the Iron Horse is actually an anti-capitalist film that in just over seven minutes, through strange and funny characters and a frenzied pace, manages to make the spectators think and slap them in the face thanks to its ending "with a bang."

A film that, given its peculiarity and uniqueness, certainly will not go unnoticed by the Locarno public.

Somleng Reatrey by Chanrado Sok and Kongkea Vann is a film to watch on the big screen and hear through a surround sound system, in the dark of a cinema, so as to be able to grasp all its splendor.

The two directors have made a film that, by mixing documentary and genre film, becomes a portrait of the night in the alleys and streets of Phnom Penh, the capital of Cambodia, and its inhabitants, at least those belonging to the urban underclass.

The dirt, the sense of danger, the desperate search for redemption, and the feeling that everything can be lost represent everyday life for the two protagonists who, in order to earn a living, wander at night through this teeming world, also driven by a personal goal.

A deep sense of nostalgia, also supported by a monumental soundtrack, pervades both the characters and the spectators, who are even more enraptured by the charm of this remarkable cinematic epiphany.