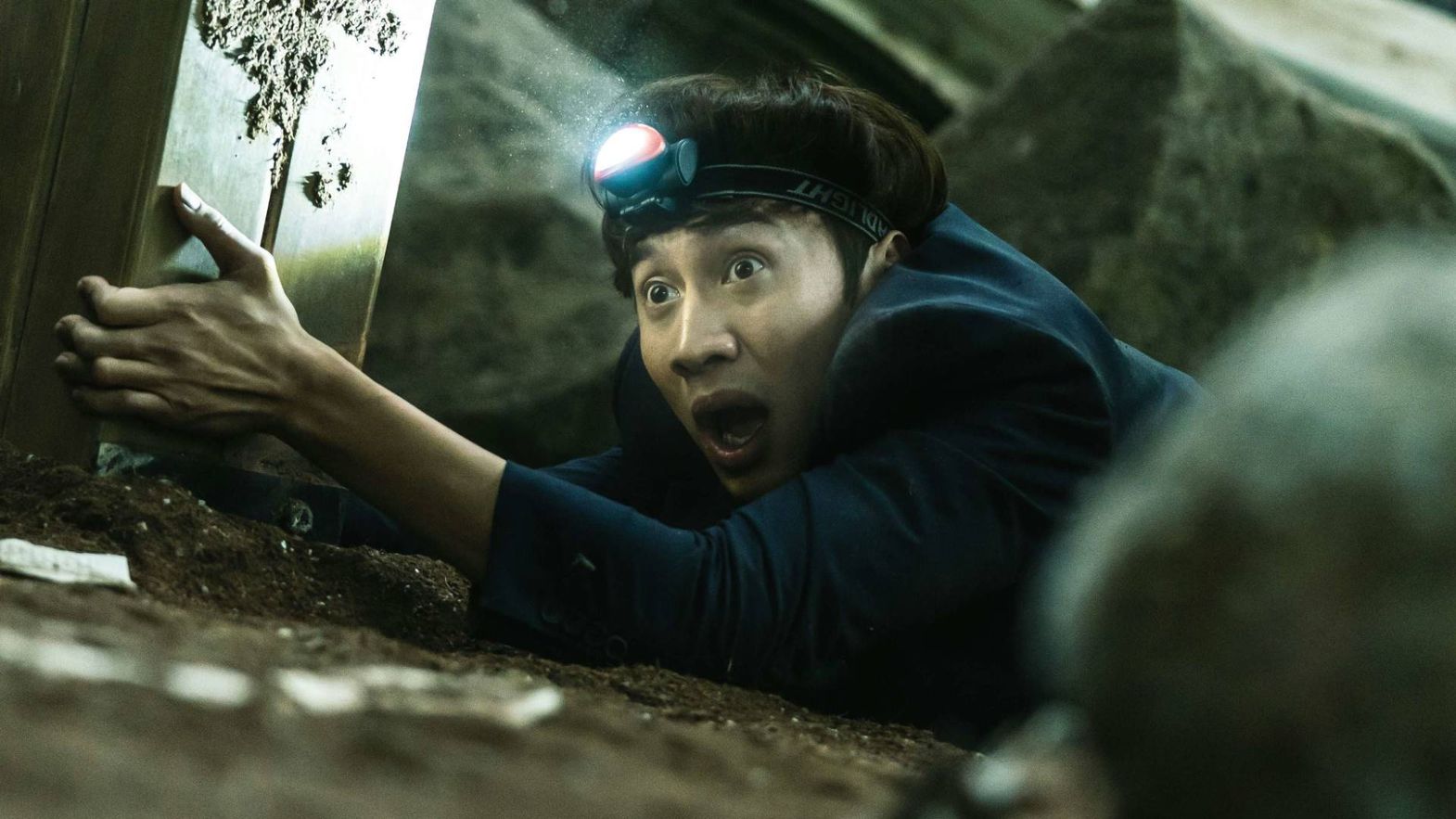 South-Korean cinema never ceases to amaze. Relying on a domestic market capable of supporting and nourishing both talent and industry challenges, it manages to play with the codes of spectacular cinema with a degree of hardihood that was only seen at the times of pre-Handover Hong Kong cinema. Kim Ji-hoon’s Sing-Keu-Hol could easily be a (disaster) comedy of Mario Monicelli. Kim Ji-hoon shares the same caustic, merciless gaze the master of Italian-style comedy used to cast on his co-nationals completely absorbed in the myth of affluence and its status symbols. Kim Ji-hoon doesn’t spare the middle class of his country, which he portrays in his film as constantly pursuing wealth. But what happens when the same people who fiercely loathe each other have to tackle an exceptional situation? So it happens that in between a fight and a gossip, the condo where this merry cross-section of Korean humankind lives sinks down into the bowels of the Earth – any reference to the tragedies that have recently shattered the country is obviously… purely coincidental. Just one condominium sinks down; the surrounding ones remain standing. So it happens that what it took over ten years to obtain takes a single moment to collapse. And in the bowels of the Earth, while a portion of the building yields to gravity by vital centimeters, the neighbors who used to so cordially loathe each other must begin to come to grips if they intend to save their souls and see the light of day again. Kim Ji-hoon’s Sing-Keu-Hol is many things at once. As a disaster movie, it is as good as Hollywood’s mightiest blockbusters. Its social critique is powerful and well-targeted. As a comedy, it is simply irresistible. Kim Ji-hoon plays it all out and blazes to victory.